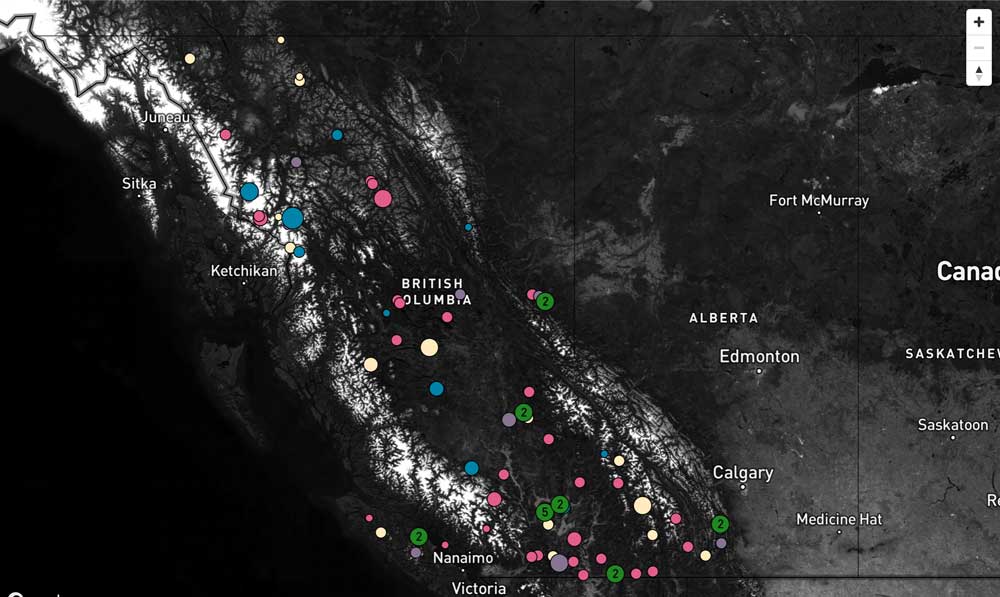 The waste created by British Columbia’s accelerating mining boom is a growing threat to communities and watersheds throughout the province, according to a new report released today. The increase in extreme weather events brought on by climate change intensifies this threat: severe flooding is one of the main causes of tailings dam failure at mine sites around the world.

The report, by Dr. Steven Emerman, a respected geophysicist and international expert specializing in groundwater and mining, coincides with the publication of an interactive online map that fills a knowledge gap by providing communities with easier access to critical information about the risks that billions of cubic metres of toxic liquid mine waste, called tailings, pose to them and the environment.

The tailings are known to contain a range of toxic elements including arsenic, cyanide, mercury, selenium, and other heavy metals harmful to human health and the environment. They are stored behind some of the highest dams in the world – and there are plans to build even more throughout B.C.

Dr. Emerman analyzed B.C. government and industry data for 86 mine sites with tailing: 57 mines that are closed or under care and maintenance, 18 that are operating, and 11 proposed.

Among Emerman’s key findings are:

The height of B.C. tailings dams has grown exponentially in recent years, allowing mines to add hundreds of millions of cubic metres of tailings to storage facilities. B.C. already has some of the highest tailings dams in the world. Several proposed new mines would add to the total.

The interactive online map and report were commissioned by the BC Mining Law Reform network in partnership with SkeenaWild Conservation Trust.

“The Mount Polley mine disaster was a wake-up call to B.C.’s mining companies and the province. This map and report show that the risks to the environment and communities from tailings dams are still high and growing. More action is needed to follow through and get B.C. on a path to zero failures—from cutting the inventory in half, to phasing out certain mine dam construction methods. The government needs to act now to improve safety standards as mining continues to expand in the province.”

Reaction to the Report

“FNEMC has profiled in our analysis how dozens of First Nations communities could be impacted by tailings failures just in Northern British Columbia. This new report from BC Mining Law Reform (BCMLR) and SkeenaWild illustrates how the risks to First Nations in British Columbia are growing. FNEMC is deeply concerned about the management of tailings facilities in B.C., especially in light of more flooding from climate change. The B.C. government must engage directly with Nations that could be impacted by a failure of a tailings dam to avoid the disaster we’ve already seen with Mount Polley.

“FNEMC also welcomes BCMLR’s new interactive online map which will fill the knowledge gap to help equip communities with information about mining activity in their territories.”