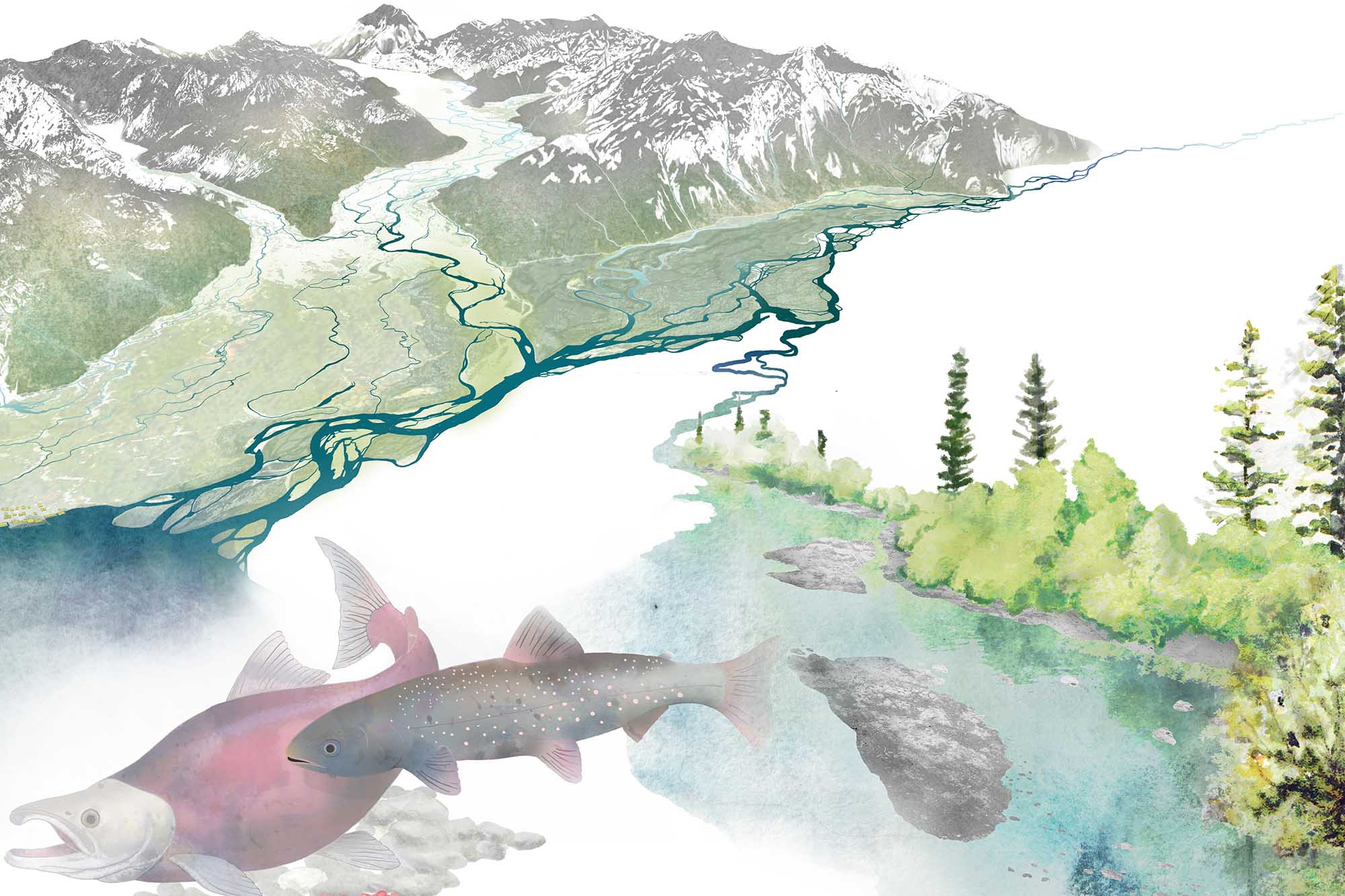 An important new scientific paper out today in Science Advances from 23 science and policy experts draws attention to the massive scale and scope of mining in western North America — and the many ways those estimated 3,600 active and past mines threaten some of the last remaining intact wild salmon and trout rivers in the world. The paper also highlights the ways the mining industry is falling short of ensuring the health of our wild salmon rivers, and additional measures that must be taken so that the mining boom in western North America, particularly the modern-day gold rush in British Columbia, Canada, doesn’t wipe out wild salmon populations and ways of life.

Alaska-based group Salmon Beyond Borders and the British Columbia-based BC Mining Law
Reform network made the below statements.

“The poorly regulated British Columbia gold rush just over the political border is a ticking time bomb Southeast Alaskans have been trying to disarm for decades,” said Breanna Walker, director of Salmon Beyond Borders. “As this paper points out, B.C. is allowing salmon strongholds like the transboundary Taku, Stikine, and Unuk Rivers to be developed for industrial gold mining without assessing the cumulative impacts and without the input of rightsholders and stakeholders downstream in Alaska. All jurisdictions need to be at the table through International Joint Commission involvement. No less than the future of our shared wild salmon rivers is at stake.”

“British Columbians value freshwater, healthy rivers and wild salmon. We need to make sure our mining laws and regulations prevent water pollution and reduce risks of mine waste failures to our watersheds. This paper makes it clear that we need to improve risk assessments that take into account extreme climate events and cumulative effects, and that some places may be best as no-go zones for mining,” said Nikki Skuce, co-chair of the BC Mining Law Reform network and a paper co-author.

Read the paper in Science Advances.