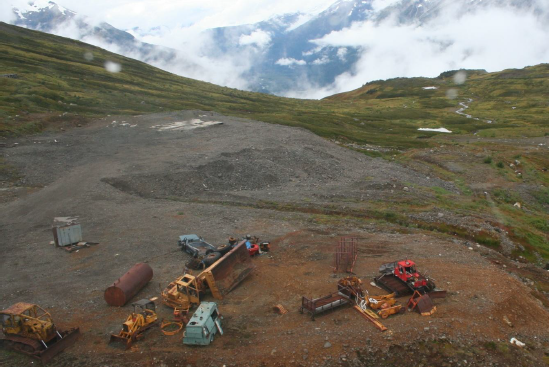 Today the Office of the Auditor General (OAG) released a progress audit on Oversight of Major Mines: Policies and Procedures to Address Environmental Risks. This comes six years after the OAG released a scathing report on compliance and enforcement in the mining sector in 2016 that made 16 recommendations, 15 of which the B.C. Government agreed to address. While it is great to see some progress, this recent audit did not assess all previous recommendations, and there are still important gaps to adequately protect the environment and communities.

The audit revealed that there are 90 abandoned mine sites which have no “risk-based approach to address environmental concerns.” The Mount Polley Expert Panel Report recommended that to get zero tailings dams failures, B.C. needed to adopt Best Available Technology and reduce its mine waste dams inventory in half.

“The BC Government needs to move ahead quickly to implement a strategy to deal with most of the 90 abandoned mine sites in British Columbia, including moving forward to halve the inventory of mine waste facilities to reduce likelihood of failures,” said Nikki Skuce, Director of Northern Confluence Initiative. “The mining sector and B.C. Government are interested in ESG investments but social licence in our communities requires a strategy and action plan to clean up their past messes, especially at a time when public concern about the impact of climate change is heightened.”

Today’s audit also reports that as of March 31, 2021, the difference between reclamation liabilities and security collected was approximately $1.14 billion, a risk to taxpayers.

“Although it took 6 years to release, it’s great that there is a revised and updated Mine Reclamation Policy (since April 2022) that is a significant step to reduce the gap and ensure that the polluter pays. We hope it is codified into regulation with some improvements, and we’ll monitor the annual reports to measure the effectiveness to reduce that $1.14 billion liability,” says Skuce.

“Climate impacts like extreme floods, droughts, and heat domes may mean the risk of another Mount Polley-like disaster is growing. As recommended in 2016, we also need to create a public fund secured through a levy on production or existing royalty mechanisms, to help cover outstanding reclamation and catastrophic event costs.  A disaster fund is needed to better protect communities and the environment.”

While recognizing that a number of improvements have been made and more staff hired. the Auditor General noted that: “We did not audit the effectiveness of the ministry’s policies and procedures to address environmental risks.” This is a significant gap. Key points raised in 2016 that were not followed up on in this audit include the selenium pollution problem in the Elk Valley, mines requiring perpetual water treatment, and financial securities for catastrophic events. In addition, the audit focused solely within the realm of the Ministry of Energy, Mines and Low Carbon Economy, and did not also include the important role of the Ministry of Environment and Environmental Management Act when it comes to mining enforcement.

Co-Chair of the BC Mining Law Reform network