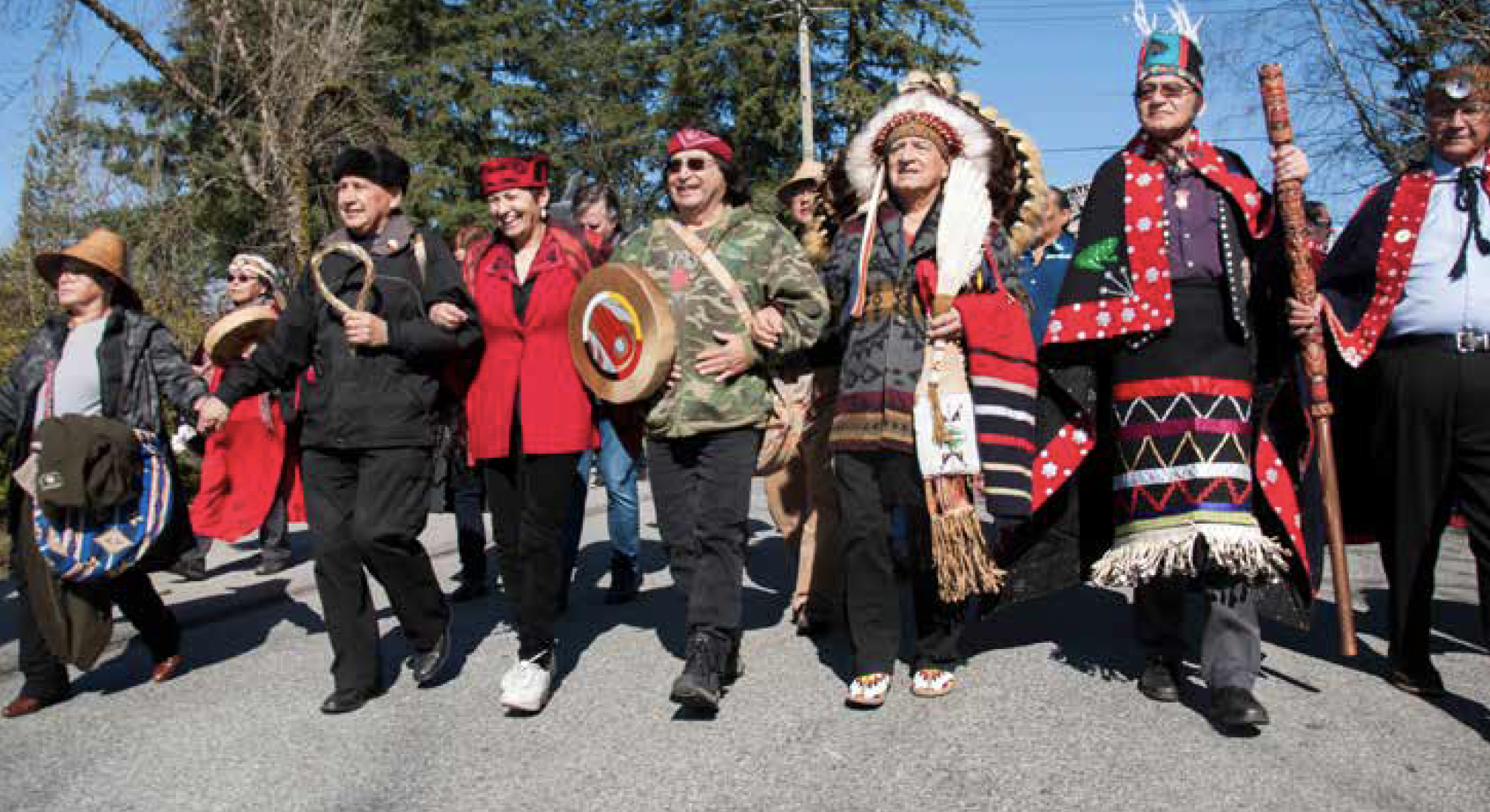 Xʷməθkʷəy̓əm (Musqueam), Sḵwx̱wú7mesh (Squamish) and səlilwətaɬ (Tsleil-Waututh)/Vancouver, B.C. — First Nations in BC are proactively working towards re-establishing sovereignty over their territories in British Columbia, by introducing and exercising their own law-making authority to regulate and monitor mining on their own lands.

The Indigenous Sovereignty: Implementing Consent for Mining on Indigenous Lands is a new report prepared by the BC First Nations Energy and Mining Council (FNEMC) setting out 25 recommendations which, if implemented, would compel mining companies and prospectors to secure the approval of First Nation governments in order to obtain consent-based access to First Nations’ lands. They would further be required to agree and abide by conditions set by those First Nations governments.

However, to date, the Province has not reformed any of its mining laws to be consistent with the Declaration Act, and it continues “business as usual”. First Nations continue to rely on costly legal processes to protect their rights and address non-sanctioned mining operations in their territories, contrary to the Declaration Act and the Province’s commitments to First Nations. In the latest case filed in the BC Supreme Court in October 2021, the Gitxaala Nation, whose territory is in northern BC, challenges the Province’s “free entry” mineral claim staking regime. The Nation is challenging the registration and granting of multiple mineral claims by the Province between 2018 and 2020 on Banks Island in Gitxaala territory without the Nation’s consent, consultation, or even notification.

All 25 recommendations are consistent with the legal certainty that will exist once mining laws are aligned with the Declaration Act, offering near-term practical options for First Nations to exercise sovereignty and consent in relation to mining activities. In the absence of provincial government action, the Report recommends that First Nations move ahead with the development of their own mining regimes based on their Indigenous laws and legal orders and exercise of their right of consent for all existing and future mining operations.

The First Nations Leadership Council is comprised of the political executives of the BC Assembly of First Nations (BCAFN), First Nations Summit (FNS), and the Union of BC Indian Chiefs (UBCIC).