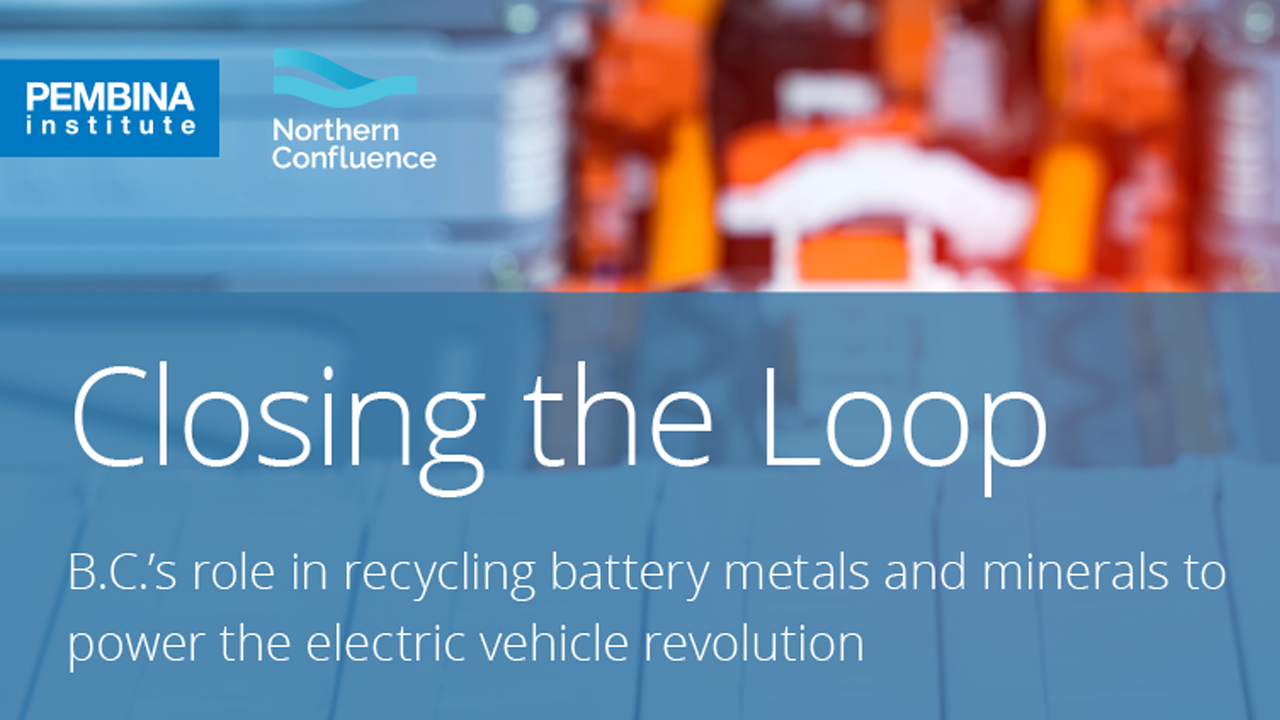 As demand for electric vehicles accelerates, opportunities for B.C. to reduce its carbon footprint while growing the economy increase as well

VANCOUVER — A new report from the Pembina Institute and Northern Confluence Initiative demonstrates that B.C.’s role as an early adopter of electric vehicles (EVs) creates a significant economic and environmental opportunity: to secure a regional leadership role in recycling metals and minerals from EV batteries at end-of-life. The environmental benefits include closing the life cycle loop of a battery as well as minimizing the need for raw resource extraction.

In recent years, there has been a surge in the number of EVs hitting the road in B.C. and the rest of North America. In response, global automakers are redirecting production capacity toward low- and zero-emission vehicles, precipitating rapid growth in the demand for the metals and minerals needed for EV batteries. EV batteries have an average lifespan of eight to 15 years.

While the B.C. government has started to develop EV battery recycling programs, which would become operational in 2026, accelerating that effort would bring multiple benefits. Significant investments are now being made in aggressive EV adoption, public transit infrastructure, and EV battery recycling capabilities which opens up sizable market opportunities for B.C., paving the way to becoming a leader in the low-carbon future.

To capitalize on a new area of potential economic growth, the report recommends that the government of B.C.: