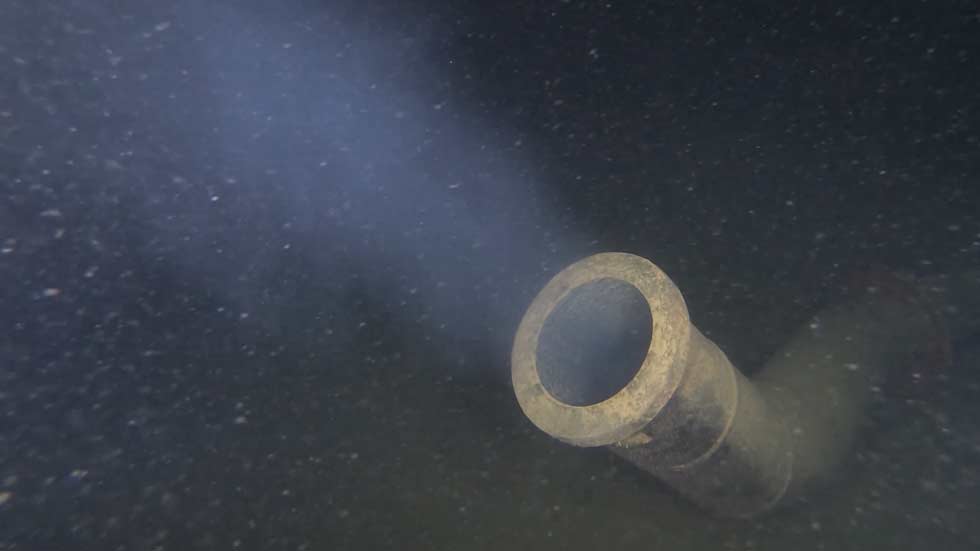 Victoria — At a news conference in Victoria, a new network of mining-affected communities, experts, and organizations released the first-ever images (YouTube) of a pipeline discharging contaminated mine wastewater. They also launched a roadmap to clean up mining in B.C. that focuses in three areas: water pollution, the polluter-pays principle, and the need to respect local community decisions.

McLean, who owns a property on Quesnel Lake, says: “The province does not allow property owners to discharge even one gallon of our wastewater into the lake. Yet the mine has a permit to discharge over 13 million gallons of mine waste water per day. This needs to stop.”

The groups say the Mount Polley story is only the tip of the iceberg and is symptomatic of larger problems across the province. They point to Taseko’s New Prosperity mine project as another example of regulatory failure.

The new network launched a roadmap and an online action urging the B.C. government to reform its laws with three overarching objectives: (1) protect B.C.’s waters and communities from toxic mine waste; (2) respect no-go zones, and decisions by local residents and First Nations; and (3) make sure mining companies and their shareholders pay to clean up all the environmental damage they cause, including strict penalties for those that pollute or damage the environment.

Sandborn, who helped develop a platform of regulatory solutions with the Environmental Law Centre, concludes: “It’s time to clean up money and to clean up mining B.C.”

Founded in May 2019, the BC Mining Law Reform network promotes changes to mineral development laws and mining practices to ensure they are environmentally sound, do not pollute waters, respect community decisions, and account for the costs to clean up toxic mine waste sites. The network today includes nearly 30 local, provincial and national organizations from a wide range of sectors, including citizen and community groups, First Nations, experts, academics, and social justice and environmental organizations.

“Establishing certain areas, such as key salmon habitat, as no-go zones for mining will go a long way to avoid opposition from First Nations and local communities. It’s time for the B.C. government to reform its outdated laws to include common sense restrictions on where mineral claims and mining leases are allowed.” Nikki Skuce, Northern Confluence Initiative

“Not only is the fundamental premise of mineral tenure (and mining generally) still suffering from the spectres of the 1800s, the fact the government still issues permits for huge ponds of toxic waste – based on an outdated understanding of soil mechanics that fails to account for static liquefaction—tells us everything we need to know about where we are headed.” Glenn Grande, Fair Mining Collaborative

“Our community was divided by a mine proposal within 1200 metres of the nearest house and school.  The proponent was able to apply for a permit despite obvious effects to air, soil, and aquifers.  Municipalities are powerless, and the Provincial Health Ministry not funded to absorb the costs to properly critique large industrial projects so close to a population.  Our group formed to try and remedy the lack of a medical voice in the process.  The industry policing itself with their own hired consultants is a flawed process.  Despite all our advocacy, the whole thing could rewind and repeat again.  The process of review of these projects must be changed to increase independent review, accountability, and robust unbiased science.” Dr. Jill Calder, Kamloops Physicians for a Healthy Environment Society

“As an answer to growing global concerns for the integrity of air quality, where degraded air is associated with numerous negative health effects (especially for young children, children in utero, and our aging population), B.C.’s current mining laws must change.  Despite harmful fine particulate matter (PM2.5) air pollution being annually measured at or above the provincial guideline in the community of Kamloops, an impossible proximity was proposed for a major extractive industry within 2 km of an elementary school and its surrounding neighbourhood.  With mining law reform, regions could be determined where mining activity does not make sense and communities like Kamloops could be spared the long, expensive and stressful process of environmental assessment.” Gina Morris, Spokesperson for Kamloops Moms For Clean Air

“In my community residents have on numerous occasions fought to either stop mines in bad locations, or at the very least have more protective standards put into the mining permits.” Wendy Bales, Local Government, Area C Director, Fraser Valley Regional District

“Failures in monitoring and enforcement time and again have made clear the inadequacy of the current regulatory regime. First Nations and local communities need real say in decisions affecting their home waters.” Ian Stephen, The WaterWealth Project

“After almost five years, there have been NO charges against Imperial Metals for the largest toxic mine tailings spill in Canadian history. That is why we need Mining Law Reform in B.C.!” Douglas Gook, FORPA Forest Protection Allies

“In B.C.’s Elk Valley, coal mines will be leaching toxic selenium for centuries, threatening fish and drinking water downstream. B.C. needs much stronger mining laws to protect our water and stop coal mining from leaving a toxic legacy—and to make sure taxpayers aren’t on the hook for expensive water treatment for centuries.” Lars Sander-Green, Wildsight