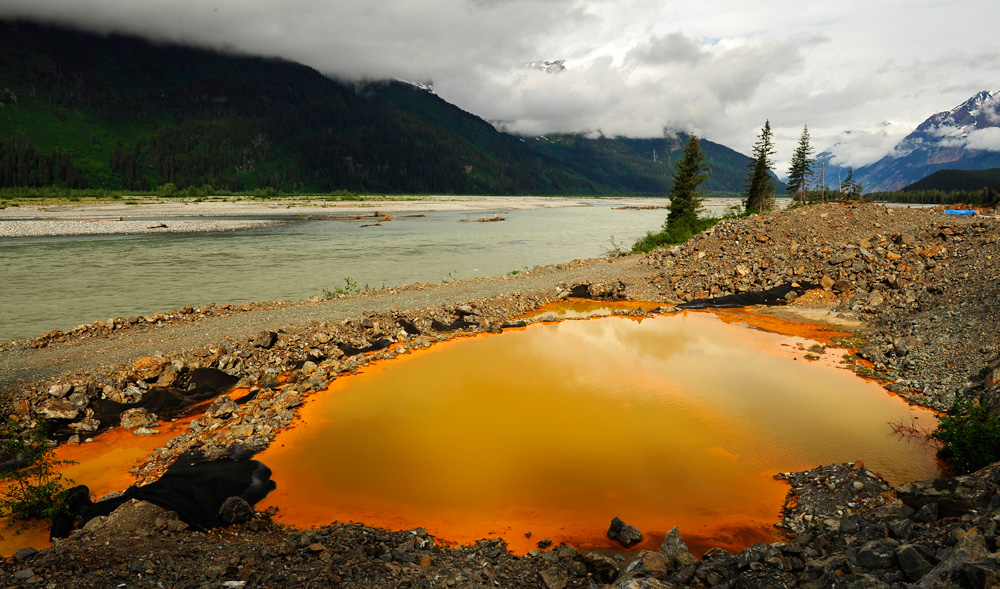 British Columbia’s aim to become a choice supplier of metals and minerals needed to build a greener global economy will fail unless laws are changed, according to a new report released today. Legal reform and better enforcement are needed to force B.C. mining companies to live up to the claim that they are world leaders in social and environmental responsibility.

The report, produced by SkeenaWild Conservation Trust and the BC Mining Law Reform network, highlights risks to the health and safety of communities and the environment from 12 B.C. mines – the “Dirty Dozen”.

The report shows risky mines and mine proposals litter the province. Abandoned mines continue to leak toxic runoff into waterways and the cost of clean-up, if it happens, is likely to be shouldered by B.C. taxpayers because mining companies are not compelled to provide financial guarantees to cover these costs, as happens in other mining jurisdictions.

The report points to solutions for improving the mines to prevent these problems from recurring. Many of these solutions are being echoed by scientists, engineers, organizations, First Nations, and political leaders alike. B.C. still needs to fully implement the expert recommendations for improving tailings safety that were issued in response to the catastrophic Mount Polley tailings dam collapse. There is yet to be a strategy for closing and cleaning up abandoned mines. A commitment to ensuring the polluter pays has yet to be implemented.

All 12 mines on the list threaten local environments and communities across B.C. but are usually operating within B.C. laws and regulations which, in many cases, fail to meet the demands of an increasingly discerning global market and investor base. The report urges that if the recommended solutions are pursued, many of the “Dirty Dozen” could be removed from the list in future years, and B.C. could move closer to being a leading jurisdiction for responsible mining as we address climate change and move to a more sustainable energy future.